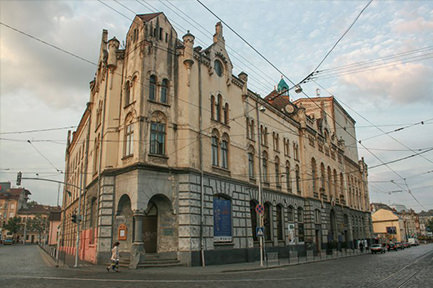 The  Lviv Drama Theater of Lesya Ukrainka is an incredible place. It’s a great chance to see masterpiece performances  of  the world and Ukrainian classics, constantly keep pace with the novelties, often shocking viewers … However, here is never  “boring” and “as everywhere.” In addition to the inner filling of the theater, the history of the building is interesting too. That’s why we recommend to anyone , who comes to Lviv for a vacation, attend the performance.  At least you must see this magnificent place.

Interesting facts about the theater

First of all,The  Lviv Drama Theater of Lesya Ukrainka  has changed its name about 10 times during a century. Previously it was the All-Ukrainian Theater of the Red Army, and the Theater of the Stalingrad Front, and the Municipal Theater … And repertoire  of the theater has changed too!

The  theater building  is located next to the St. Anna Church. Initially here was planned “Catholic Home” – a kind of propaganda center of the Catholic faith, as well as a club and theater. Later, during the rule of the Polish government, there was a Small comedy theater.

Outside the building  looks like a castle, which was left here since the Middle Ages . You can see  a high attic, elements of Romanesque and Gothic architecture, sculptures of the Virgin Mary and St. Joseph, decorating the facade.

By the way, these sculptures were made by Anthony Popel, who also created Adam Mickiewicz monument on Svobody Avenue. 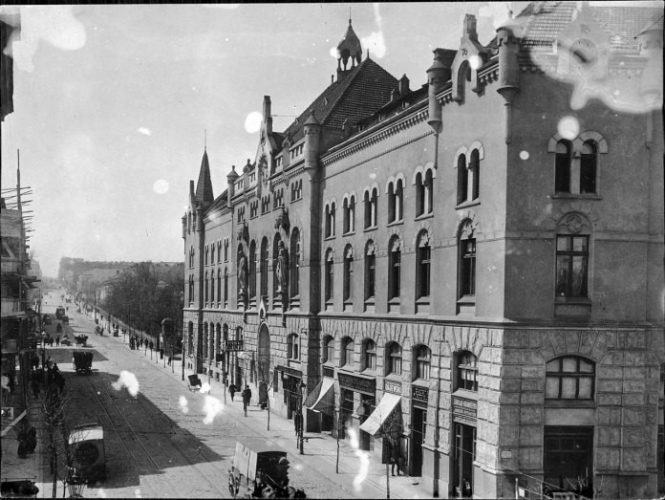 The building was erected in the early 19th century. The project was undertaken by A. Opolsky and S. Kendziersky. The territory of theater belonged to the St. Anna Church. Although the “Catholic House” was initially planned, however, in the 3 years after the opening  it was changed to the movie theater, later it became a refuge  for various theatrical associations. As a full-fledged theater  it became in 1931. In that time, the All-Ukrainian Theater of the Red Army was created in Kyiv.

During the next 25 years, everything was constantly changing . During the war, the theater troupe of the Lviv Drama Theater of Lesya Ukrainka performed at the front, then they all were evacuated to Chita, and in 1944 – to Odessa. In 1955, the Odessa troupe of the Russian Drama Theater was transferred to Lviv.

Since then the theater has remained theater. For the all time of being, Lviv Drama Theater of Lesya Ukrainka was the home and stage for many well-known and talented people. The last two decades were not easy for the theater, but the right to exist was defended and in 2011 the theater adopted its actual name.

The collective of the theater is an active participant in many festivals both in Ukraine and abroad, and the All-Ukrainian Festival, called the famous quote by Lesja Ukrainka “No, I live, I will live” – the brainchild of the Lesya theater.
The repertoire of the theater is extremely different and new plays are often added. Everyone  is able to choose something special — performances as on the main as on the chamber scene.If you want to visit Lviv, it is necessary to plan your trip in order to have enough time to see all the sights, visit galleries and exhibitions, or even to watch the performance in the evening ! So why not visit  Lviv Drama Theater of Lesya Ukrainka?
Book your accommodation in advance to get a room in a comfortable hotel by affordable price! The best solution is the hotel near the Lviv Drama Theater of Lesya Ukrainka , because it is located completely in the city center. The loyal prices and great service are what Edem Hotel offers. Breakfasts are included in the price. We invite you to stay in our hotel!