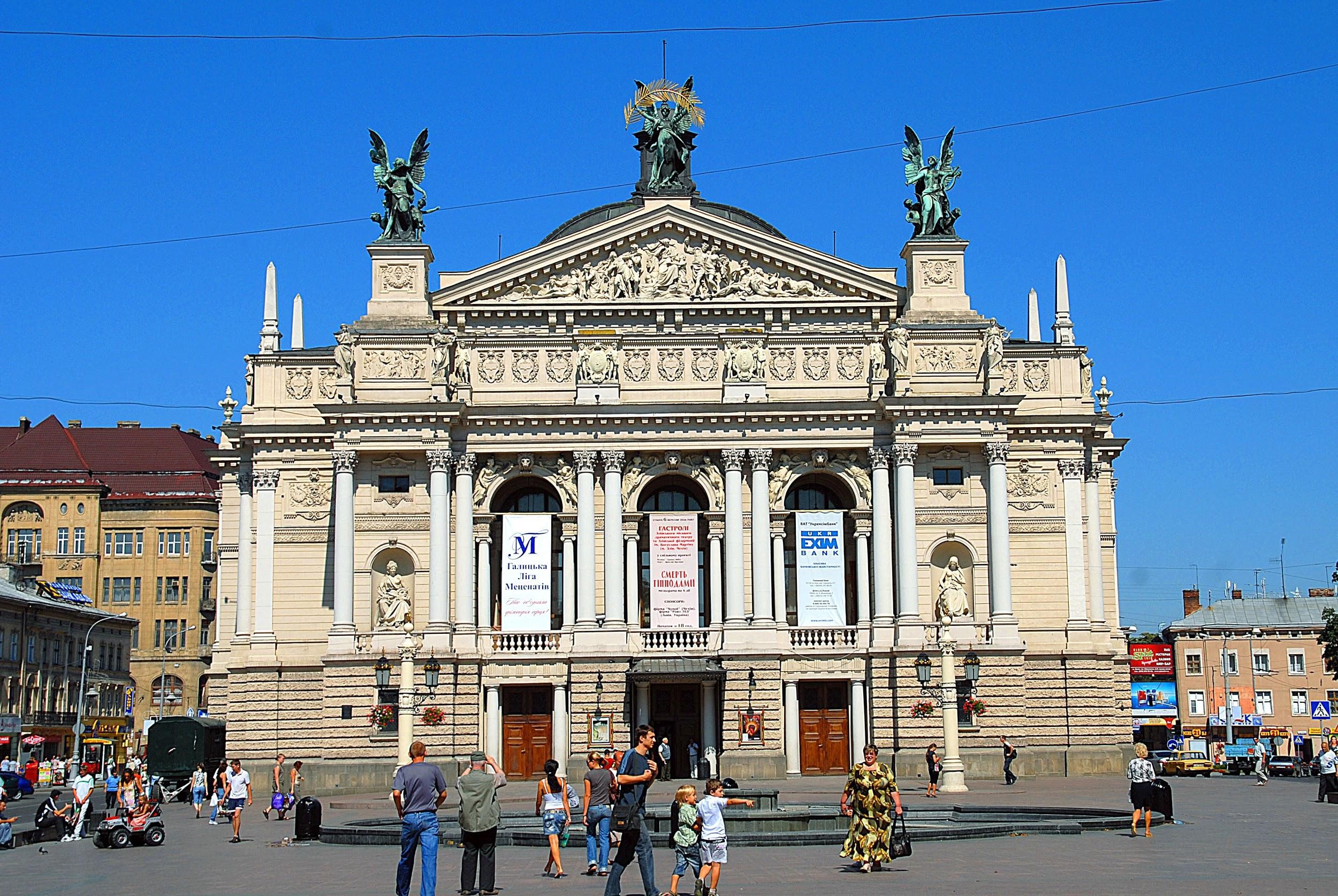 In Lviv, every year there are so much new entertainment and opportunities for leisure… Moreover, theatres are not losing popularity. From time to time, listening an opera or watching a Comedy (or Drama) in one of the ancient auditorium of the city is showing your intelligent side. So well? Get acquainted with the theatres of Lviv together?

This is one of the most prominent buildings of the city.

In addition, it is a place with an atmosphere, from which the spirit intercepts. Legends and myths about Opera just mind-boggling and induce to learn more about the theatre with amazing history.

The fact that Lviv Opera is considered one of the most beautiful theatrical constructions of Europe – is can be the most important argument to visit it. 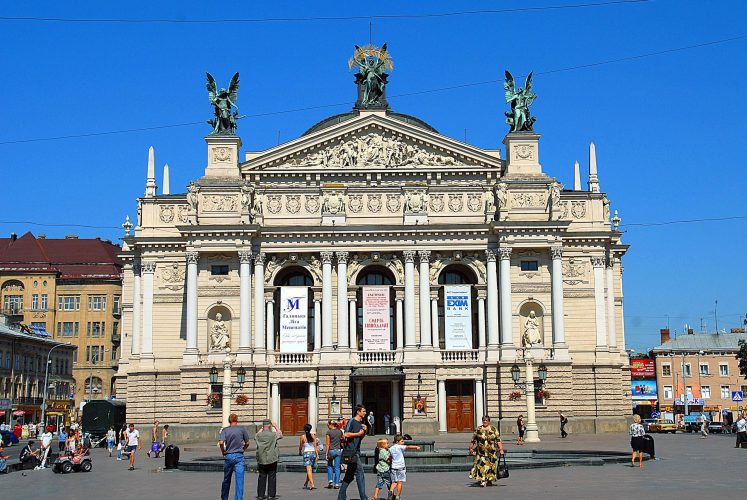 In repertoire of this season 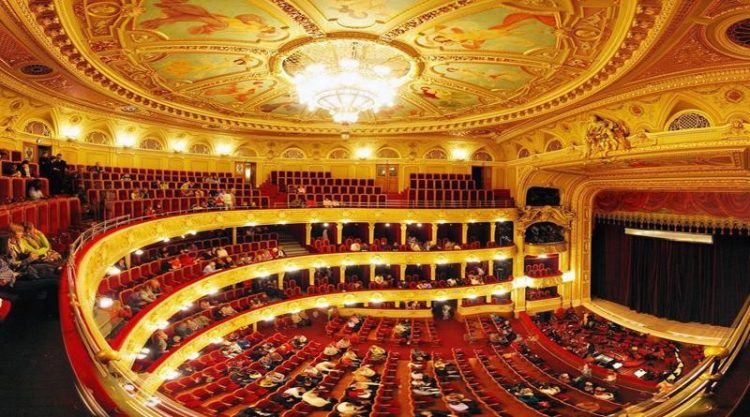 If Lviv theatres were exams for gloriousness, this theatre would win. The Maria Zankovetska Theatre is the oldest in Lviv (built in 1842). Even at the time of construction was almost the largest theatre in the world (7 278 square meters), the number of spectator seats ranked third in Europe (1460 seats). Definitely worth a visit. 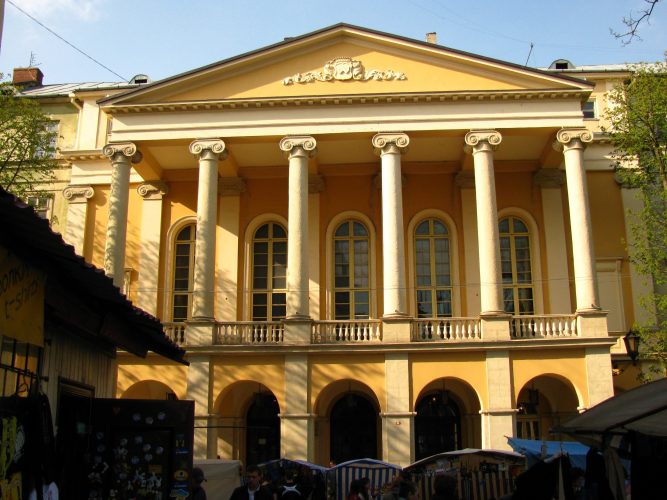 Cameral stage: “Someone, who was loved”, “The husband of my wife”, “Emigrants” (premiere), “Richynski sisters” and other). 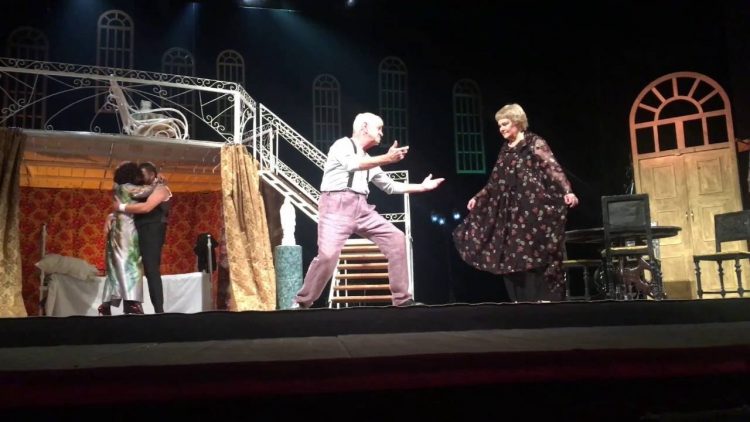 This theatre has only 30 years, and there are so many achievements: recognition as one of the best in Ukraine, constant tours, victories and awards at festivals, the title of academic, Taras Shevchenko prize… Moreover, something about its building, which built at the beginning of the last century. The lower floors occupied by the cinema “Casino de Paris”, and the upper floors are the hotel “Belvedere. 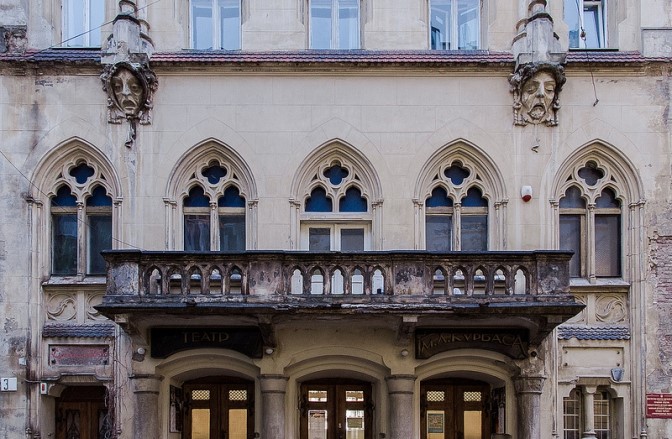 Status: on vacation for August.

Repertuar: “Waiting for Gordo”, “Crossroads”, “Amnesia” and other.

Years ago, it was a military theatre, which first switched to the Ukrainian language. Today a young, ambitious, brave team, which convinced that the theatre is for everyone. In short, everything that happens here is very progressive, relevant and you will definitely enjoy it. 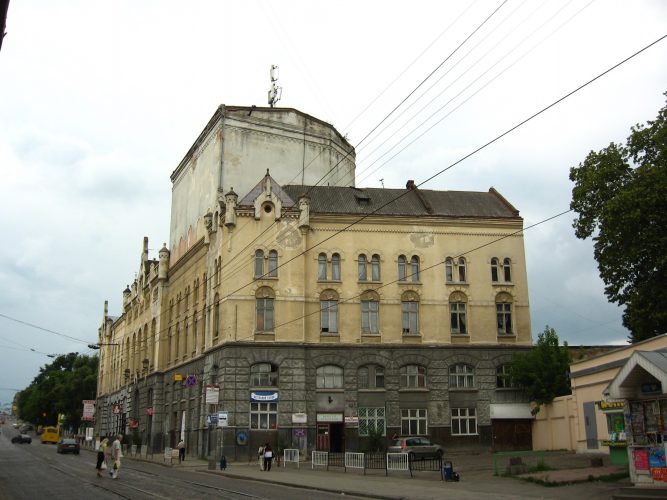 Status: on vacation for August 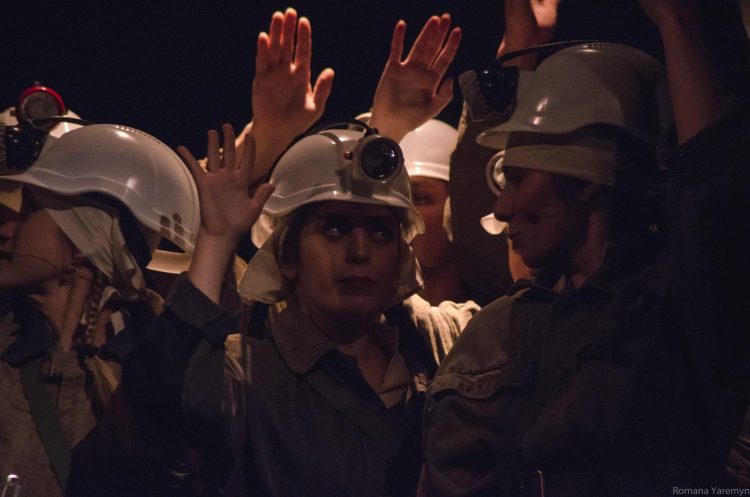 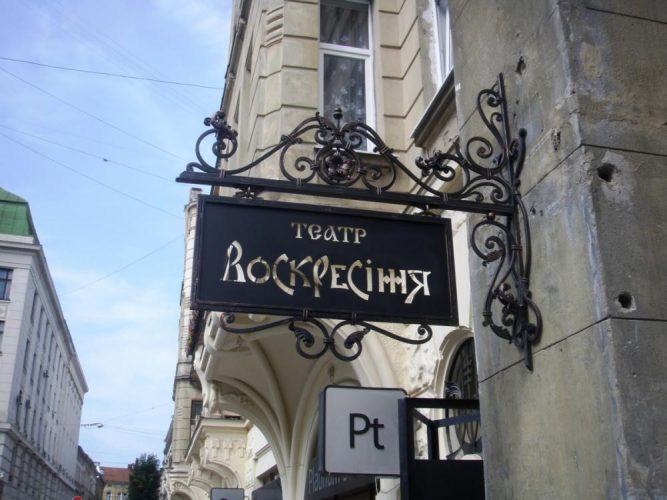 Repertoire: “Mothers-douhgters”, “Dinner with foolish”, “He, she, window and died man”, “Funny pub” and other. 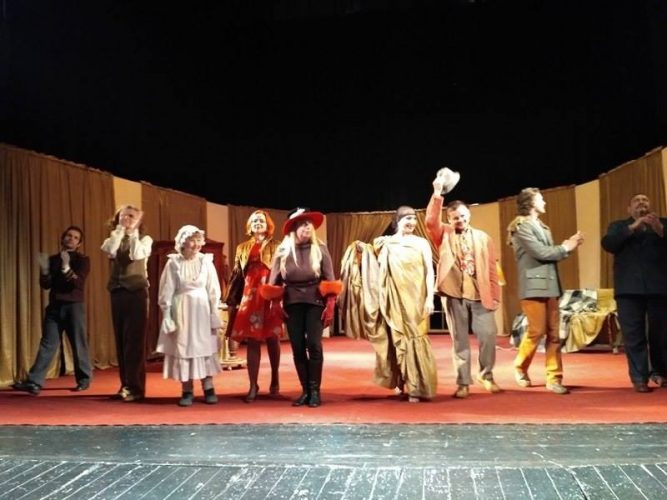 “And people, and dolls”

Chamber Theatre that include 40 places, where it is very cozy and somehow like home. It is always hospitably will meet, will share the creative atmosphere, inspire the creative and demonstrate boundless love for dolls and theatrical mission, over which a daily work. 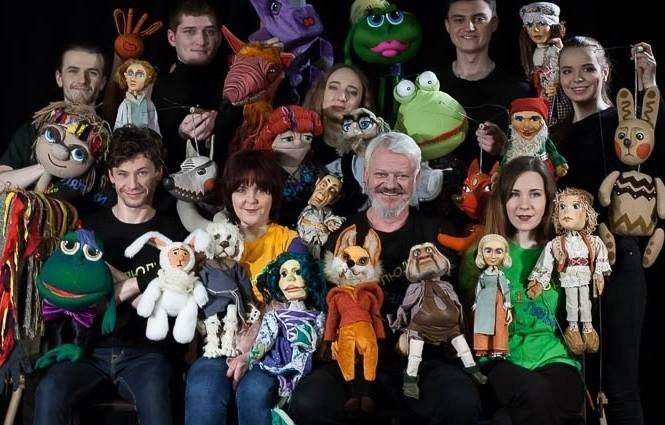 Repertoire: “Funny bears” “Doctor Aybolit”, “A little stork and Scarecrow” and other.

Theatre for children and Youth

The theatre founded in 1920 in… Kharkiv. In Lviv, it started in 1944. The territory where the theatRE operates was once a city garden with the summer stage. There were performances of the City Theatre and the theatre “Casino de Paris”. 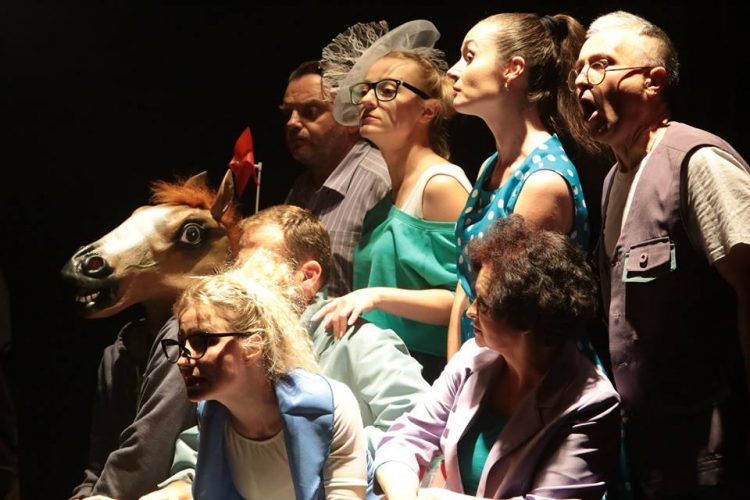 Full name:  The first Ukrainian theatre for children and youth.

The repertoire of the theatre includes both children and adults. Recently, they are working on new directions – developmental performances for children, educational projects and interdisciplinary events. 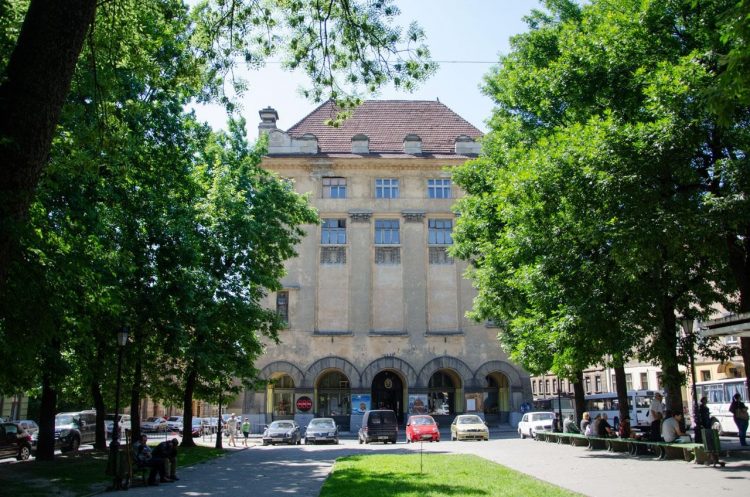 This festival was found by the theatre “Voskresinnia”. This year celebrates its 30th anniversary. Traditionally the action begins and ends with a bright carnival the central streets of Lviv. And during ten days of the festival there are performances of participants who, by the way, come to us from Belarus, Turkmenistan, Lithuania, Latvia, Estonia, Poland, Moldova, Serbia, Slovakia, Belgium, France, Holland, Bulgaria and other countries. 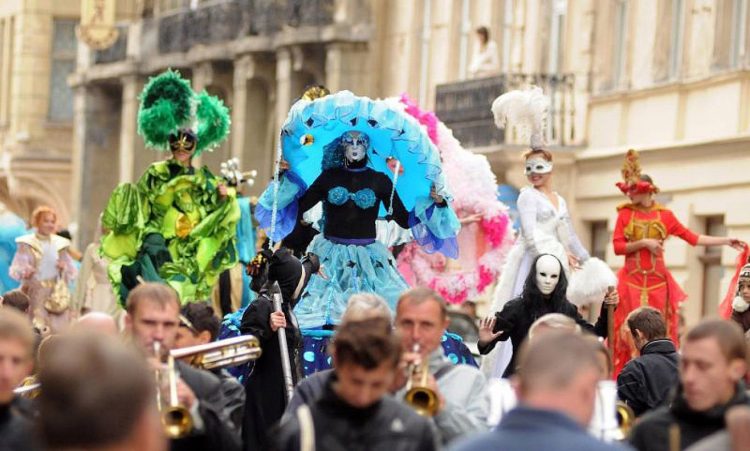 The festival brings together theaters in Lviv, here come theatres from all over Ukraine and from other countries (e.g. from Poland, Albania). In 2019, it has been held for fifth time.

This festival is open-air in the Park of Culture. In its range – conversations with actors, performances, acting trainings. In addition – children’s stage with master classes with acting.

Where to buy tickets?

If you want to buy online-tickets – you can buy them on web sites of theatres or city cites.