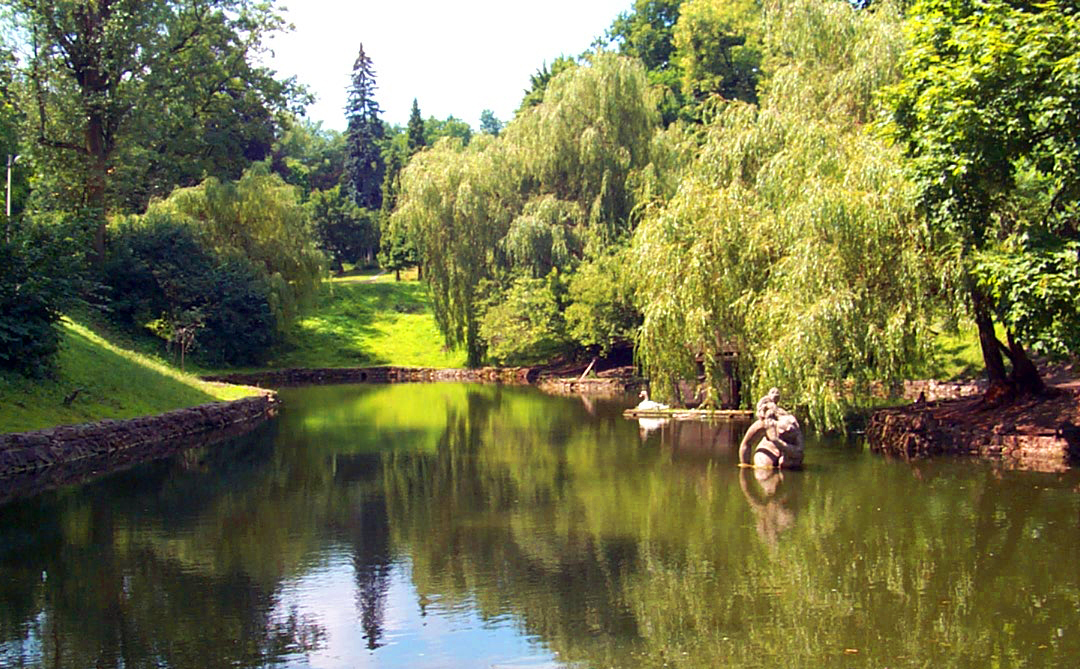 What do you know about Lviv parks? This is not just small areas with trees and plants. Parks in Lviv – unique sights with amazing history, incredible secrets and atmosphere of comfort, which is very impressed even by most demanding inhabitants and visitors of the city. And, interestingly, each of Lviv’s parks has its own designation.

For example, in order to enrich mentally and feel rich Ukrainian traditions, you are invited to the Shevchenkivskyi Hay.

If you are planning to get rest with the whole family, you have visit The park of culture and recreation named after Bohdan Khmelnytsky.

If you prefer to rest away from the bustle of city and to be among the architectural and landscape achievements of our city – just visit Znesinnia Regional Landscape Park. 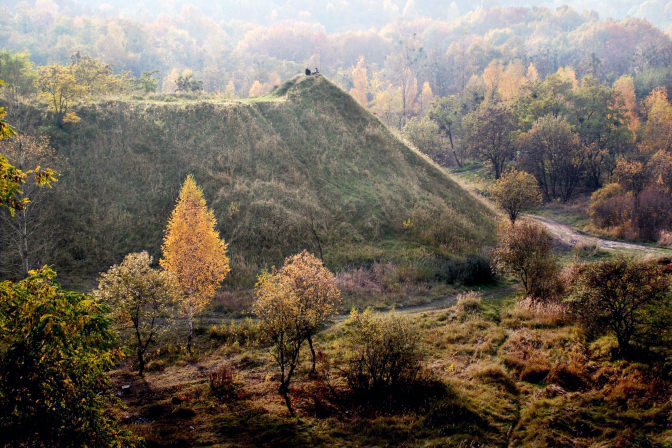 Also, if you will have an opportunity, be sure to visit the Botanical garden. How you ever seen how rhododendrons bloom? It’s unbelievable, believe me. 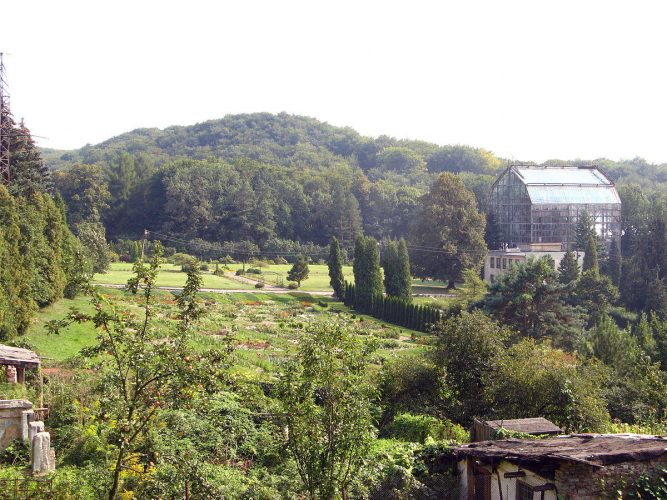 Of course, without a photo from the top of  High Castle no one will believe you have been in Lviv. 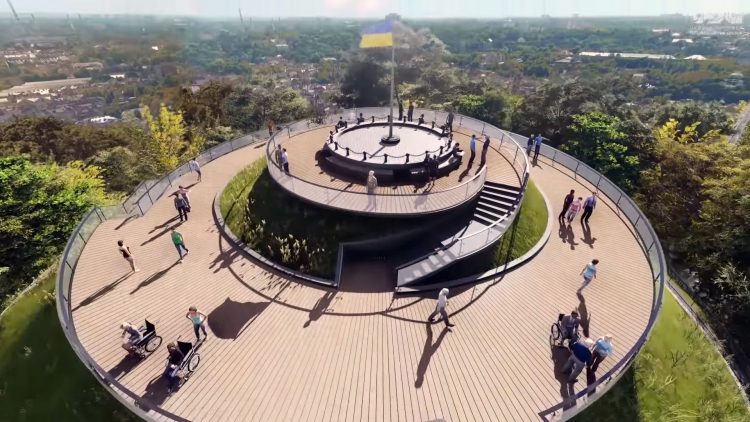 And one of the most visited parks in Lviv is Stryiskyi Park. It’s a paradise for romantic and creative souls. Ancient monuments, exotic plants, old alleys and also one thing that is particularly valuable in modern life is a silence.

Ok so, are you ready to start our overview of the most famous parks in Lviv?

Let’s start from the most quiet.

Surely, parks in Lviv are places of special energy. And, as soon as you see, each of them has its own purpose. Some places are visited by Lviv sitizens just for getting fun and rest, some for attending spiritual enrichment, meetings with friends or active leisure. And there is, among all the most popular parks in Lviv, where you will just to stay alone with nature… So welcome to Stryiskyi Park! It’s a place where everyone is able to find comfort, tranquility and inspiration. 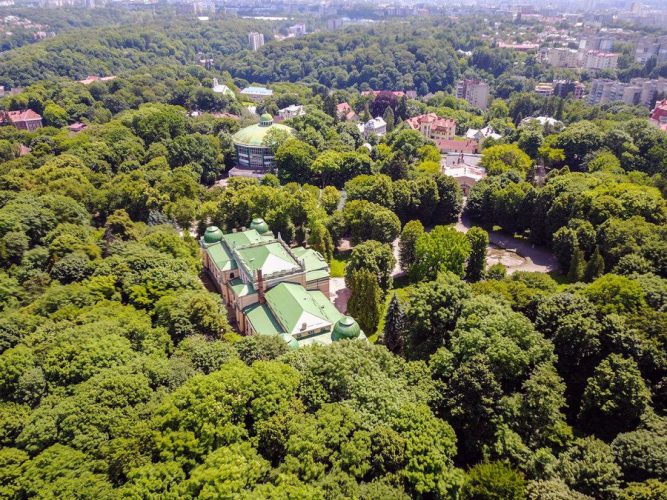 The first tree of Stryiskyi Park was planted back in 1879. By the way, it was on the place where the Stryiskyi cemetery was once. As directed by engineer of  plantations in Lviv city, Arnold Ering almost 40 thousand trees were planted accros park’s area. You can say – „Wow”. And what about the fact that these were not only common trees like oaks or ash trees, but also exotic kinds. For example, red oak, tulip tree and even unique ginkgo biloba, that originally comes from China. 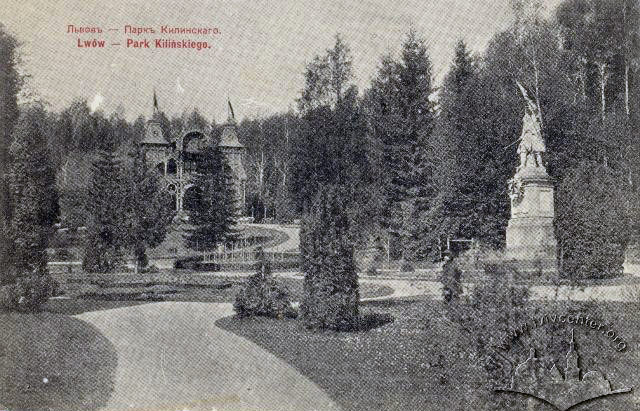 A little more than 10 years after his „birth”, Stryiskyi Park in Lviv has got the first monument and the first call – named after of the Polish rebel Jan Kilinski. The monument still stands, but the call is changed.

Part of the park was used for organization of exhibitions and fairs (first called “Regional exhibition” and  after “Eastern auctions”). Events became so popular that electric tram began to ply to Stryiskyi Park. After the Second World War on part of the tram route was founded Lviv Children’s railway. 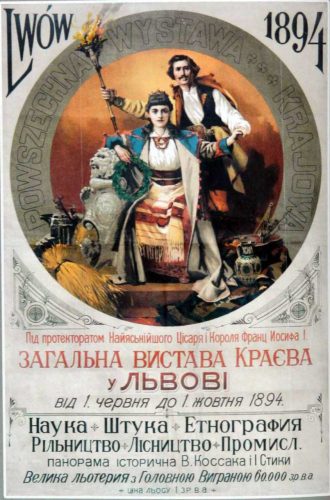 In the same period Stryiskyi park was decorated with arch in classical style.

And then in the history of the popular park in Lviv were skate park, reconstruction, fountains and many things.

The scale of the park

The Stryiskyi park in Lviv occupies about 52 hectares. On the his territory more than 200 names of plants and trees. There are greenhouse, garden of alpine plants, linden and platanaceae alleys here. 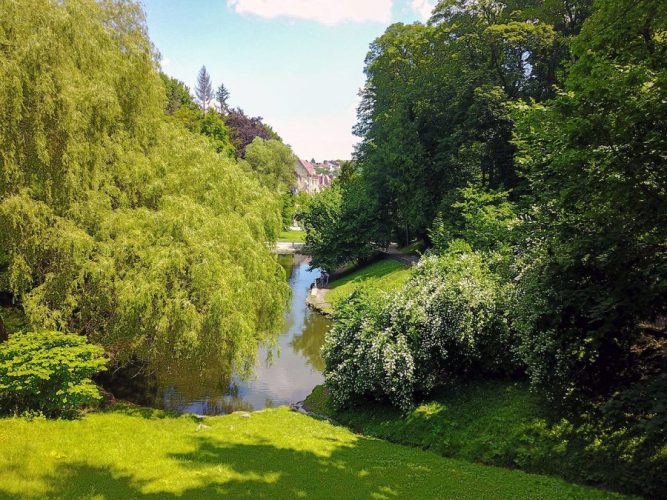 One of the most popular places of Stryiskyi Park, which became its “visiting-card” is a pond with swans. Lviv citizens and also guests of the city can savor company with birds from the end of March.

And also there are the buildings of the Lviv Polytechnic National University, the main building of the Ukrainian Academy of Design, the former Lviv Cinema building, restaurants, the Lviv Chamber of Commerce and Industry and even the library (№.18) are located here.

The fact that Stryiskyi Park one of the most loved by Lviv citizens. It confirms by the number of attractions on his territory. Be sure, you’d be surprised. 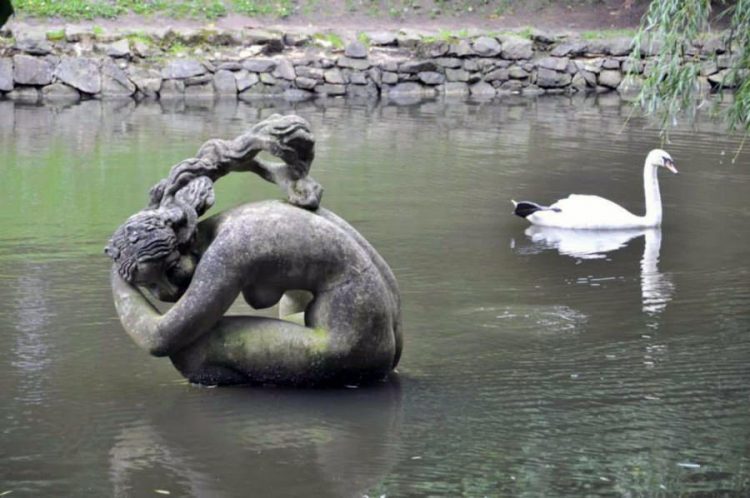 In particular, we recommend to visit: 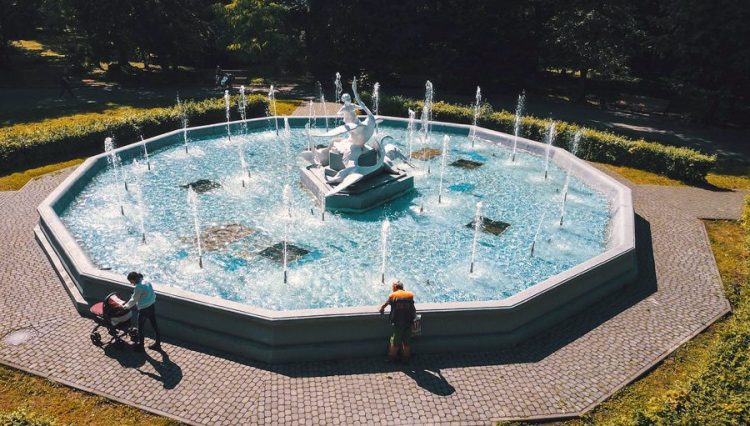 In year, 1951 the Stryiskyi Park have got a new one attraction – the children’s railway length of 1.2 km (previously 1.85 km) and two (before three) stations.

The train “Viterec (Wind)” usually starts the season in May and ends at the end of September. 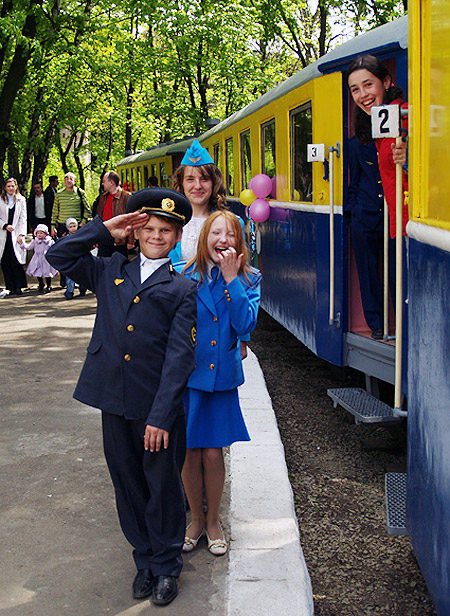 Trains run from Parkova station (156, Ivana Franka St.) and Soniachna station (84 Stryiska St.). Departs every half hour. But in a case of bad weather they aren’t work.

The railway operates mainly on weekends and holidays.

You can get detailed information about Lviv children’s railway working days and hours by phone:

Restaurants in the park

And how to get?

The Stryiskyi park can be reached in various ways: from the central entrance, in the Park Street,  also from Stryjska Street, and from Ivan Franko Street.

Park of Culture is a park for families

This is one of the best ideas – the whole family to visit the Bohdan Khmelnytsky Culture and Recreation Park for the weekend. There are an events for different tastes, cozy alleys and noisy rides. You will definitely like to be here. 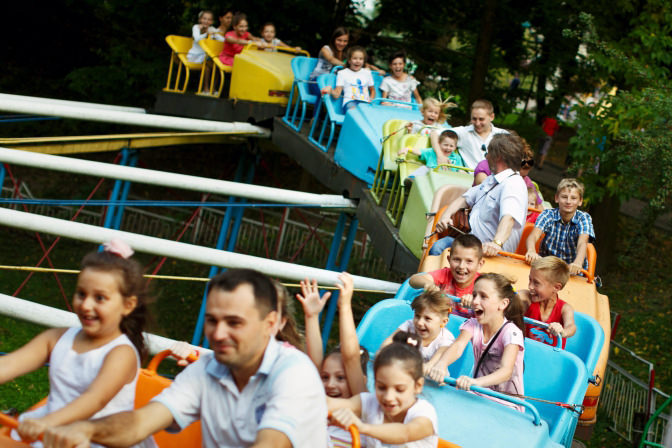 A place for respectable Lviv citizens

Such fame has a place where now became a park, in the middle of the 19th century. There were even tennis courts and a skating rink here. Then the Soviet authorities laid created the cultural park as a mandatory attribute of the Soviet Socialist city. By the way, on the part of the park before there was a huge garbage dump. The concert hall, Lenin and Stalin monuments from the granite, the restaurant and the museum were not preserved. But the 800-meter central alley and the building of the cinema “Druzhba” is still reminiscent of the Soviet past of Lviv. 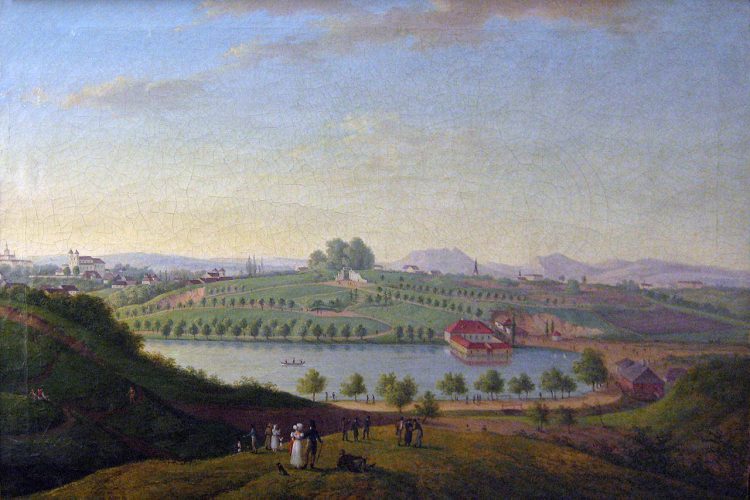 Later on the territory of this park have established attractions and “dandelion” fountains at the entrance. 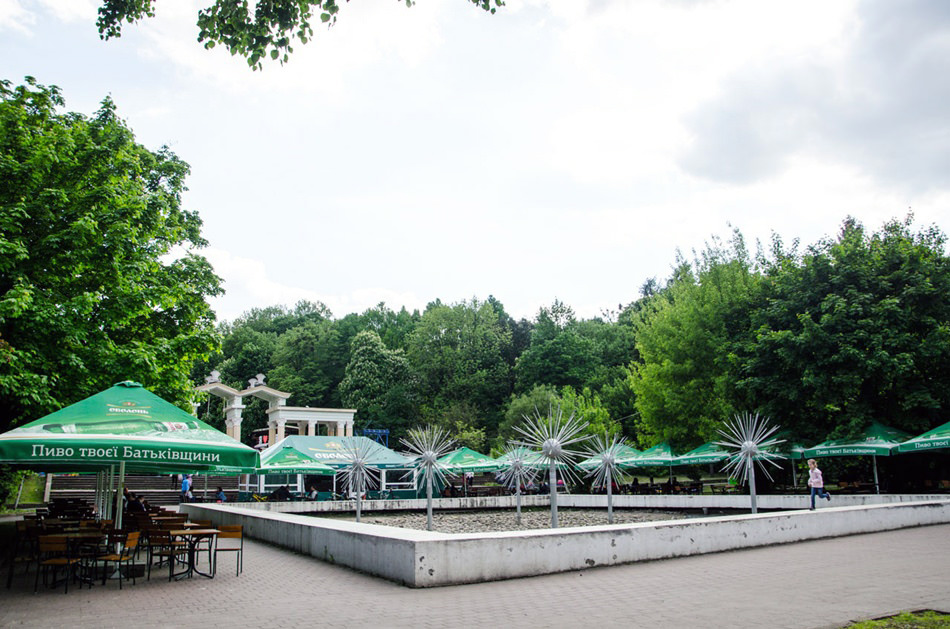 Attractions for the whole family

In the park of culture from April to October 14 attractions for children, adults and even quite extreme. 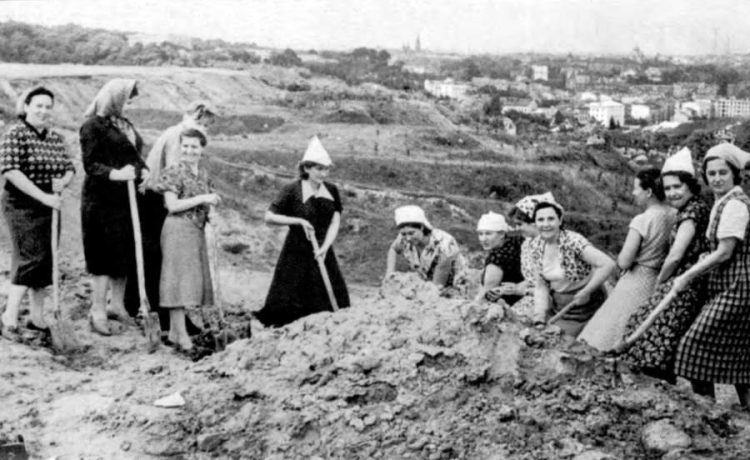 For the happiness of our children

In addition an attractions, in the park of culture held festivals and parties for children and adults. Also a few years ago, a children’s playground with a special area for disabled children was installed here. This, by the way, is the first inclusive playground on the territory of our city. 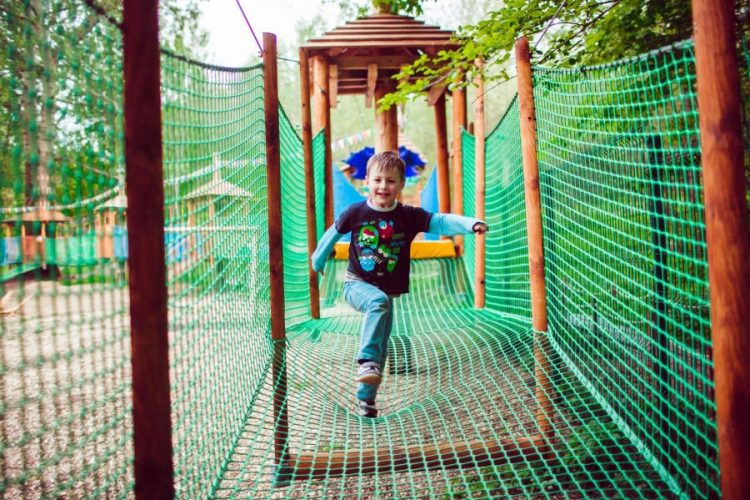 That’s in the Park of Culture the most frequently events that attract every time more people, including Lviv citizens and guests of the city. For example, the world’s popular Thashtag (flashmob with cleaning), concerts for celebrating City Day, food festivals, traditional Leopolis Grand Prix, etc.

In the park there are a kiosk with ice cream, coffee and other goods for different tastes.

And also the guests of the Central Park of Culture and rest (as it is called after reconstruction) are invited: 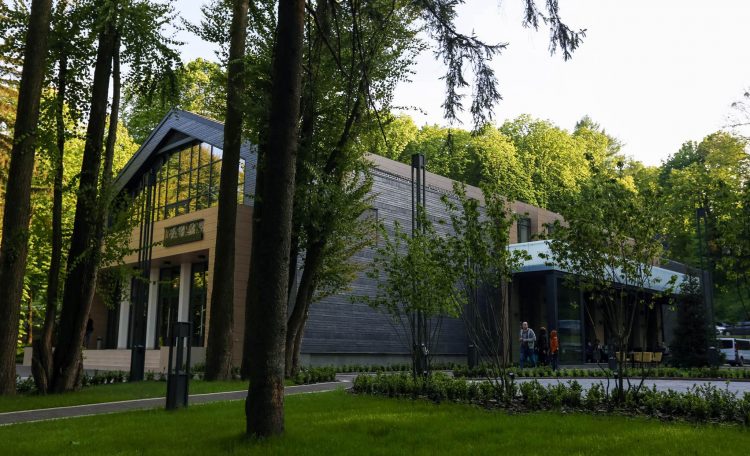 Be in Lviv and don’t visit the “Shevchenkivskyi Hay”? It is just a crime against our aesthetic pleasure. So be sure to add this park-museum to your tourist list. And what is interesting here and why it is so unique, we’ll gladly tell. 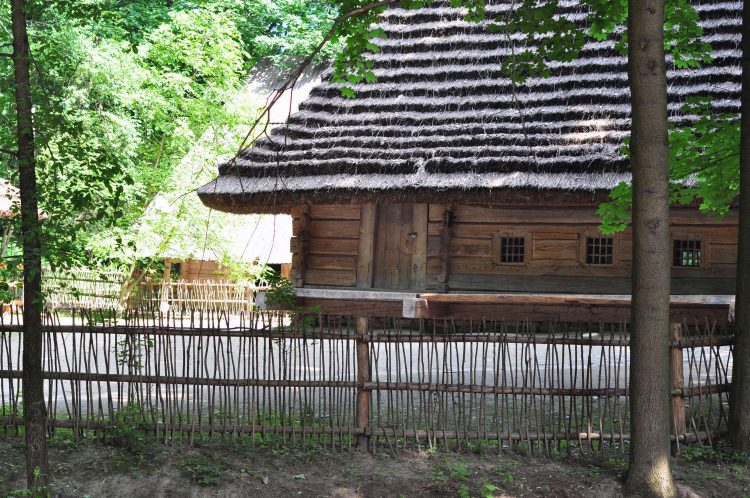 Museum “Shevchenkivskyi Hay” is very close to the park “Vysokyi Zamok”, on the territory that called by Lviv citizens as a Kaiserwald (from German “Kaiser forest”, as ostensibly Tsisar Franz Joseph First was very pleased with these lands). It was in the middle of the 19th century. Before the park has called Alembekivshchyna (in honor of the very wealthy Lviv family, which kept it).

Then, the territory became the property of some German named Longshif de Berrier, and therefore was called Lonshanivka. “ The tongue can be broken”, – Lviv citizens  thought and between themselves started to call it  “Shevchenkivskyi Hay”. But then, in 2016, a little thought and registered the official name: “Museum of Folk Architecture and life named after Klymentiy Sheptytsky”. However, if you ask the road to “Shevchenkovskiy Guy” – you will come where you need (that is, in the park). 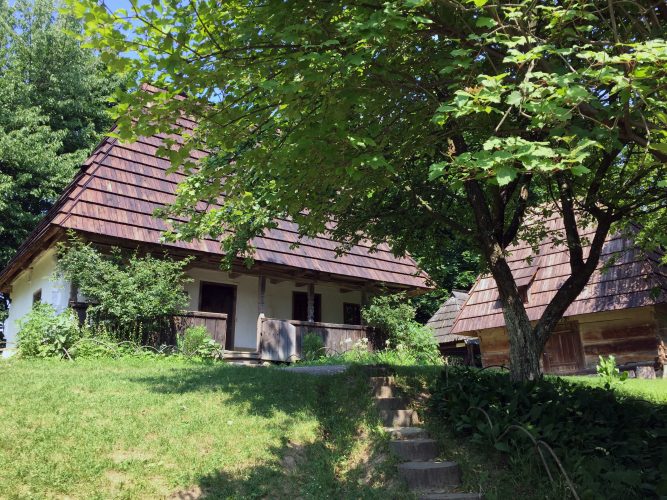 While the park passed from hand to hand, it began to be forgotten. Up until 1908, when it started to refresh all for creating an amusement park. Thus, during 6 years the gate have opened for visitors by the largest park of attractions on the territory of Ukraine that includes many taverns and good restaurants.

A few years later, somewhere in the 1920-1940s, in the village of Kryvka (Turkiv district) was built a new church and people didn’t know what to do with the old (which was built back in 1761). Thanks to perseverance of Ukrainian art critics, priests and help from brothers Andrey and Klymentiy Sheptytskiy (actually, hence the name) church was dismantled, moved and gathered in Lviv. It was in 1930, and this incedent began a start of the new one big case. 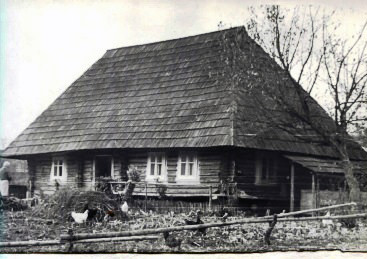 Then Lviv residents were caring about another things and not about parks. Already in 1971, started to operate the Museum of Folk Architecture and Life, which gradually began to grow in the Skansen (open-air museum) with the greatest number of sacral objects in the world.

To understand the calibre 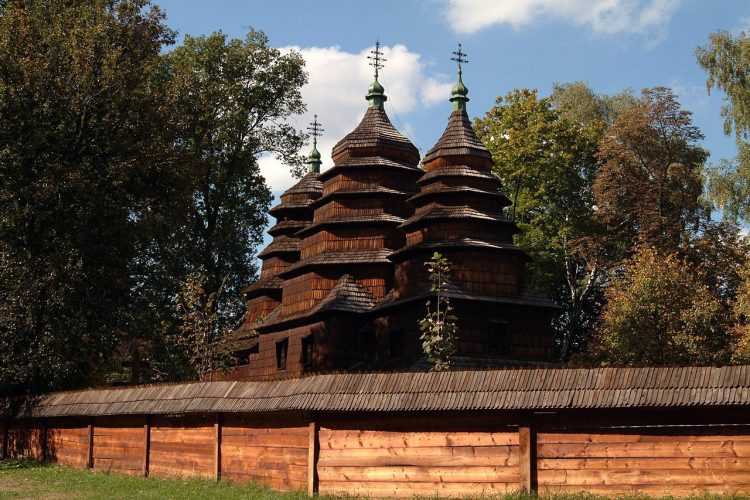 And also very masterful reproduction of the atmosphere of Ukrainian ancient life. Just come to the courtyard, and there you can see a cart, a haystack of hay, a bench near the gate, scripted an authentic hut door to which the hostess invites. And in the House… Carefully cleaned, icons with towels are hanging, embroidered tablecloth on the table, small windows, which seemed to have just looked master. And the smell… This wonderful scent of history or even the soul of the nationality.

All attractions collected for the museum are combined in 54 estates, which divided beetwen themselves for the small „villages”:

Other “villages”, for some reasons, less popular. 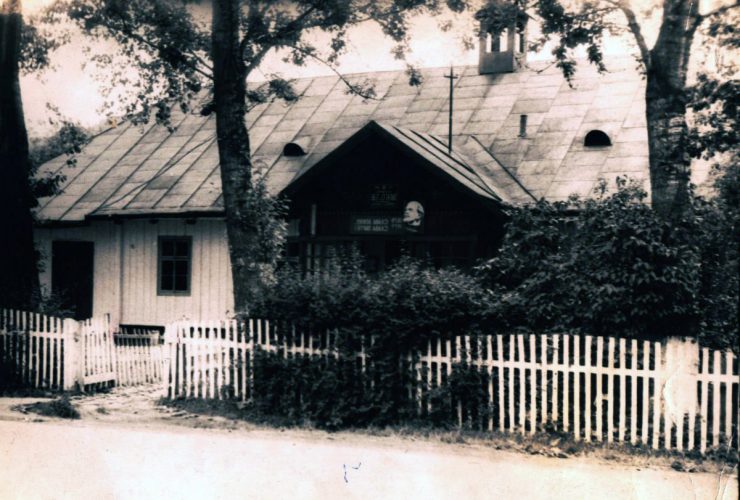 On the territory of  museum are constantly held master classes. For example, from Boyko baking, weaving, you can practice in forge, learn about the old methods of making oil, observe the work of a beekeeper and even to appear on horseback. There is also a children’s playground and a  little zoo with traditional animals for the western region. 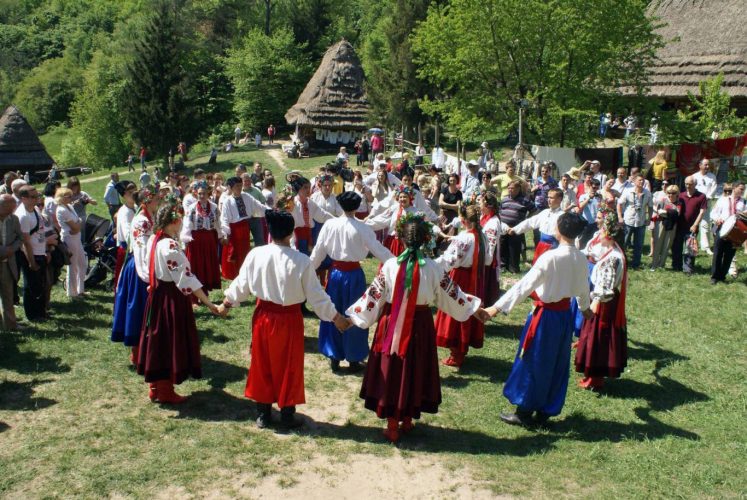 Among the regular events of  “Shevchenkivsky Hay”:

For a regular ticket should pay 40 UAH, for preferential price – 20 UAH. The ticket price, which includes a guide services – 200 UAH, and if even a foreign language – 400 UAH.

However, the museum administration warns that in days of celebrations, festivals or other events – the ticket price may change. 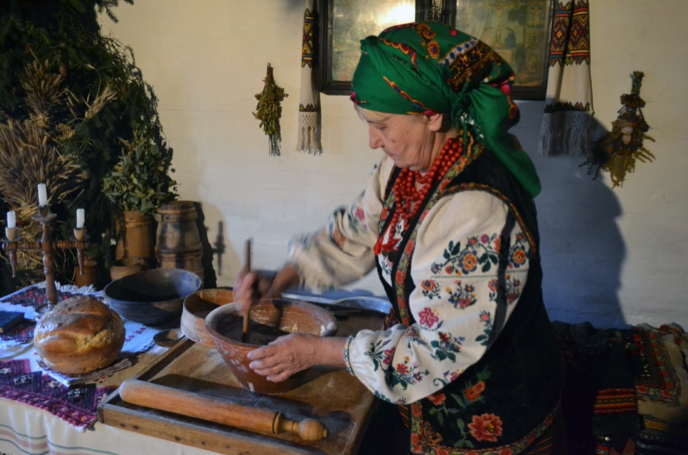 Free entrance have soldiers, ATO participants, disabled I and II groups, preschool children, orphans, as well as employees of museum institutions and preserves. Of course, if there is a relevant document.

What address and how to get there?

After stopping, you should climb the streets of Krupiarska and Chernecha Hora.

Which one is your Lviv?

Do you want to open a great secret of our city? No matter how many guidebooks or articles you read, otherway you will discover your special Lviv. With details that will  known just to you. With a special story that hit you personally in heart. Even if it is a matter of Lviv parks. Whether it is High Castle, Stryiskyi Park or Shevchenkivskyi Hay – places that seemingly know everything is already possible – you will surely open something new. For yourself, and perhaps for the world. So what is your Lviv?